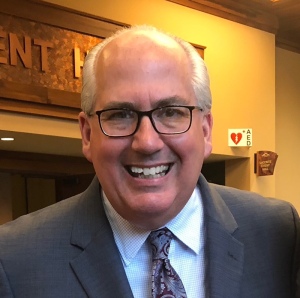 Bill Bailey’s name has been synonymous in the southern gospel music world for over 36 years.  As one of the nation’s leading concert promoters, his events have spanned the US and included most every major southern gospel artist in the industry.  What is even more amazing is that he promoted his very first concert at the age of 16.  He has received numerous awards and achievements throughout these years, and served as President of the Southern Gospel Promoters’ Association.  He was named the 2008 “Promoter of the Year” by the Southern Gospel Promoters Association at the National Quartet Convention in Louisville, KY; and more recently in 2014 by the Christian Voice magazine.  He was also honored with a front cover feature in the February, 2019 issue of Singing News magazine, southern gospel’s largest publication.

Although gospel music has been a large part of his life, Bill Bailey’s passion is to preach the Gospel and pastor his church.  For the past 32 years, he’s served as Senior Pastor of the Happy Gospel Church in Bradenton, Florida.  Hundreds of people gather each week to the non-denominational church, and enjoy sound Bible preaching from Pastor Bailey and anointed Gospel Music in worship.  It is also not uncommon to see a major southern gospel group appearing at the church on any given Sunday night. He also ministers regularly on the SonLife Broadcasting Network (SBN) with Jimmy Swaggart, as a guest Pastor.

Because of Pastor Bailey’s vast experience in the pastoral ministry and the gospel music industry, he is often a confidante to many artists – literally being their “pastor on the road”.

Pastor Bill is honored to co-host Gospel Music’s largest event, the National Quartet Convention in Pigeon Forge, TN.  In the fall of 2019, he joined the Board of Directors of Abraham Productions, one of the largest and most respected concert production companies in the Gospel Music industry.  He also serves on the Board of Directors of the Southern Gospel Music Association, which oversees the Southern Gospel Hall of Fame & Museum.  He is honored to host the SGMA Hall of Fame Induction Ceremony & Benefit Concert, held during NQC week each year.

Bill Bailey resides in Bradenton, Florida along with his wife of 31 years, Sally.  They have three adult children, five grandchildren, and two 12 yo foster children (Ariel and Ariyanna).